Kazakhstan: Amended norms for the provision of milk and dietary food to workers performing harmful tasks 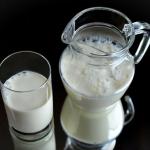 As of 26 August 2017, organisations that employ workers performing hazardous or harmful tasks are required to provide such workers with milk or other dietary food in accordance to the revised norms. The amendments were introduced by Order No. 186 of 30 June 2017.

In addition, the table has been supplemented by the definition of the term “drinking milk”. The milk quantity that must be provided by the employer has not changed and remains 0,5 liter per shift.

It is possible for the employer to provide an employee exposed to the mentioned substances with a supplementary dietary food instead of milk. Such dietary food includes cheese (maximum 24% of fat), cottage cheese (up to 9% of fat) and liquid dairy products, such as kefir, yogurts, etc.